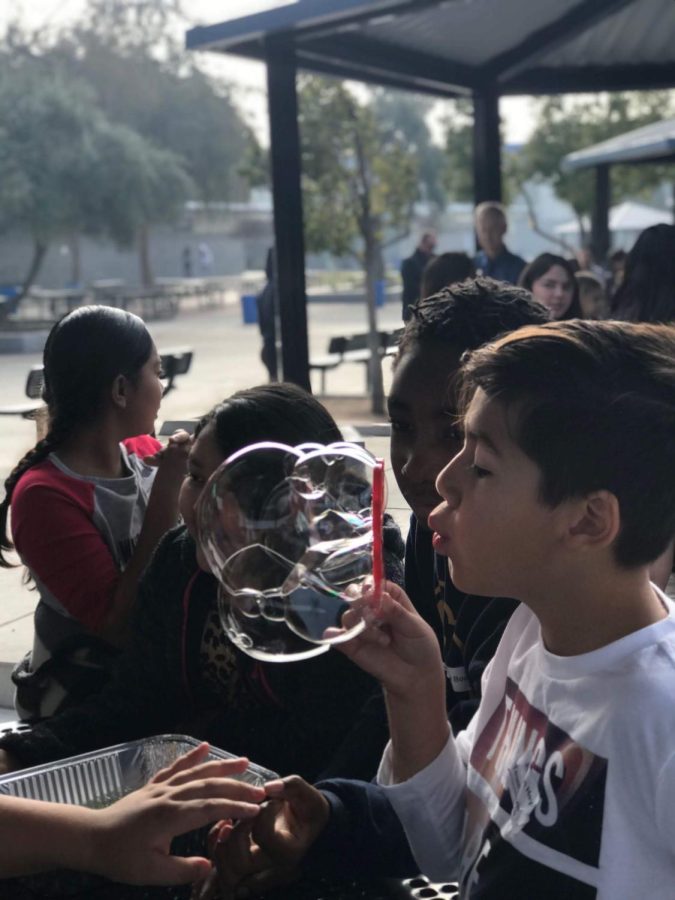 Many students often see mathematics as only numbers and solutions; however, math can be so much more when put into a different perspective. Math is used in almost everything we interact with. From the measurements of the floor we walk on to the speed at which something falls, math is always involved in our lives. For example, engineering takes a lot of time and patience when designing something. Two years ago at MHS, the honors IM-2 math classes were lucky enough to be able to design something through the use of equations, a website, and a 3D printer. The project was titled the Bubble Wand Project. The classes that participated were taught by Mr.Robinson and Mr.Zuidema. This project was very cooperative because it also involved some of the students at Monte Vista to help create the bubble wand.

The main concept of the project was to form different kinds of shapes in order to create the blueprints of the bubble wands that were provided by the students at Monte Vista. The equations that were used ranged from simple line segments to parabolas that were altered accordingly to other shapes and spacing on the graph. It was a very daunting task for many of the students because not only was their grade on the line but the students from Monte Vista were expecting their creations to be functioning and presentable when they arrived to use them. According to Mr.Robinson, the ambitious project was never done before the 2019-2020 school year making it the very first time the project had ever been worked on at MHS.

“It was an opportunity to collaborate with other schools and for the students to experience design and engineering,” Mr. Robinson explains. “I talked with John Stevens from the district about a 3D printer he had and we talked about using it to make small things like keychains. We then came up with the idea to use it to make bubble wands to entertain some of the kids at the schools and we approached Monte Vista who agreed to the idea.”

So the foundation of the project was set for the students here at MHS to begin working. Students were assigned in groups of 3-4 and would work together in order to meet the design requests from the Monte Vista students. Students would constantly go through trial and error in order to make sure their bubble wand is the correct shape and not overlapping with other parts of the wand. They worked on their bubble wand on Desmos Graphing Calculator and would make sure the wand connected with other parts of the wand because the 3D printer would print exactly how it looked from Desmos. Which meant that just one small mistake was all it took for the bubble wand to be defected. There was no room for error when designing the bubble wands. However, the designing process wasn’t easy. It took a lot of patience because of how tedious writing equations was. Some bubble wands had over 40+ equations which all had their own domain and range settings.

Students had to overcome certain challenges during the design process on Desmos. “The biggest challenge my group and I faced was making the design the kids had chosen,” Jasmine Barrios—a former student of Mr.Robinson’s—said. “There were a lot of complicated equations involved which prompted us to make modifications but in the end the bubble wand turned out great!” Despite this ambitious project never being done before, it was a huge success for the students at MHS and the kids from Monte Vista.

During January 2020, the kids from Monte Vista would visit Montclair and get a chance to meet the students who created their bubble wands. They also learned what Desmos was and the kinds of equations that were used like quadratic equations and the equation of a circle. The Monte Vista students even played with the bubble wands in the quad. Jackie Nguyen—another former student of Mr.Robinson’s—recalled, “I remember seeing the outcome and it was kinda funny seeing the kids so excited over it. It was a really wholesome moment seeing the kids have fun with something we made.”